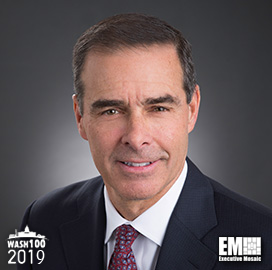 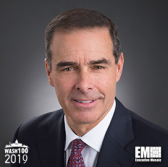 Executive Mosaic is happy to announce George Krivo, CEO of DynCorp International, has been selected to the 2019 edition of the Wash100 — Executive Mosaic’s annual selection of the most influential voices in the government contracting arena — for his leadership with DynCorp and his efforts to boost growth in the company through information technology and intelligence. This marks his second Wash100 win.

“In the next six months to a year, you’ll see a whole bunch of consolidation in what I call second-tier defense logistic service providers. I think DynCorp will be part of that,” he said.

The company won a spot on a $25.5 billion multi-award contract to help maintain the Army’s aircraft and support equipment outside the continental U.S. The work includes personnel support, minor modifications and supply chain management in various theaters of operation.

Krivo also serves on the Board of Directors for the Tragedy Assistance Program for Survivors, the leading national organization providing compassionate care for families of fallen American military heroes. He earned a bachelor’s degree from Cornell College and his master’s from the University of Oklahoma.