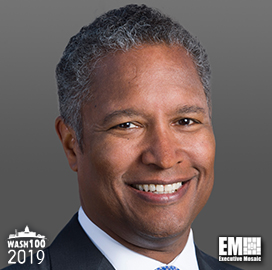 Executive Mosaic is pleased to introduce John Harris, vice president of business development at Raytheon and CEO of the company's international business, as an inductee into the 2019 Wash100 “” Executive Mosaic's annual selection of the most influential voices in the government contracting arena “” for leading the company to several major contracts and supporting projects in defense, civil government and cybersecurity. This marks the second consecutive Wash100 award for Harris.

Harris has discussed the global missile defense industry’s potential for growth amid the current political climate. In June 2018, Harris said in an interview with Bloomberg that he expects to see an increase of international customers for the Patriot missile defense system following the Trump administration's directive to promote the sale of U.S.-made weapons to allies.

Previously, Raytheon had been tapped to deliver the Patriot platforms to the Polish government under a $4.75B contract. According to Harris, international customers accounted for 32 percent of Raytheon’s $25B sales for 2017.

In the same month, Raytheon was selected as a prime contractor along with Lockheed Martin for a potential $500M foreign military sales award to provide Patriot engineering services for the government of Saudi Arabia.

Throughout his 36-year career at Raytheon, Harris has held executive roles such as general manager of the company's intelligence, information and services arm; VP of contracts for its government and defense businesses; and head of the firm's Executive Diversity Leadership Team. He also serves on the board of directors of various Raytheon and government sector entities.

Executive Mosaic congratulates John Harris and the Raytheon team for their selection to receive this award.

This year represents our sixth annual Wash100 award selection. The Wash100 is the premier group of private and public sector leaders selected by Executive Mosaic’s organizational and editorial leadership as the most influential leaders in the GovCon sector. These leaders demonstrate skills in leadership, innovation, achievement and vision.