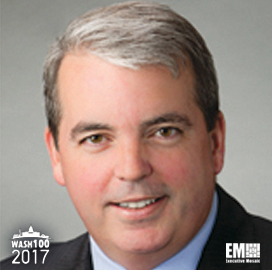 Executive Mosaic is honored to introduce Paul Dillahay, NCI president and CEO, as an inductee into the 2017 edition of the Wash100 — Executive Mosaic’s annual selection of influential leaders in the government contracting arena.

Dillahay joined NCI in October 2016 from CACI International, where he served as executive vice president of the health and litigation solutions group.

Dillahay said at the time the company will perform information technology and command, control, communications, computers and intelligence implementations focused on engineering under the task order.

Prior to CACI, Dillahay served as CEO at ASRC Federal and oversaw operations of the government services contractor’s subsidiaries and shared services center.

Dillahay’s more than 15-year executive-level experience in the government IT services sector also includes roles as chief strategy officer at Anthem, executive in residence at Seabury Aerospace Group, president and COO at USIS and vice president of operations for a defense division at Lockheed Martin.

Executive Mosaic congratulates Paul Dillahay and the NCI team for their selection to receive this award.