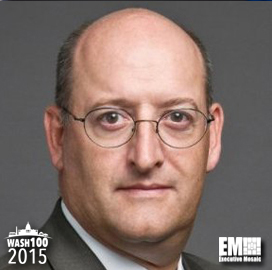 Executive Mosaic is honored to unveil Gene Colabatistto, president of CAE‘s military simulation products, training and services group, as the newest inductee into the Wash100 — a group of influential leaders in the government contracting industry.

Colabatistto has held his current role since June 2012 and leads an organization that represents half of CAE’s total revenue, the company says.

His team provides training-related technologies and services to military organizations in the U.S. and around the world and landed several contracts for that type of work in 2014.

CAE holds a $125 million contract to provide training technologies to the U.S. Navy and customers in Germany, Malaysia and Poland.

“Poland is a growth market in Europe with a range of opportunities for simulation-based solutions,” Colabatistto said of CAE’s strategy for Europe.

The company will also provide system upgrades and professional services to New Zealand under a $99 million contract and an integrated healthcare and defense training system to the U.S. Air Force Reserve Command.

He served as senior vice president of Science Applications International Corp.‘s intelligence, surveillance and reconnaissance group before he joined CAE.

Executive Mosaic offers its congratulations to Gene Colabatistto and the CAE team for their selection to this year’s Wash100 class.