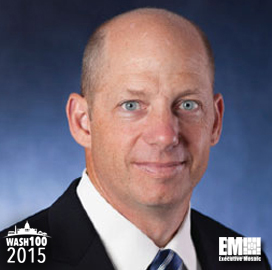 Executive Mosaic is glad to announce John Heller, CEO of PAE, as the newest inductee into the Wash100 — a group of influential leaders in the government contracting industry.

PAE is entering its 60th year of operations as a provider of services to government agencies in areas such as infrastructure, aviation, logistics, training, range operations and national security.

Last month, PAE closed its acquisition of the global security and solutions business from US Investigations Services as part of a push to grow in the Justice Department and expand its services for the Department of Homeland Security.

“This year marks PAE’s 60th anniversary, and we are excited to kick it off with such strong momentum,” Heller told Executive Mosaic.

“Our latest acquisition, which strengthens our offerings in national security, and our latest contract win, which expands our relationship with NASA, both demonstrate how PAE continues to evolve to support our customers’ essential missions.”

In the latter half of 2014, PAE secured a $359 million contract to provide training and test range support to the U.S. Navy and a $532 million contract through its joint venture with Parsons to support U.S. Air Force and Navy base operations in Guam.

He serves on the the Business Alumni Association board of directors for the Joseph M. Katz Graduate School of Business and College of Business Administration at the University of Pittsburgh and served as the chairman for the Greater Washington Heart Walk in 2014.

Executive Mosaic extends its congratulations to John Heller and the PAE team for their receipt of this award.