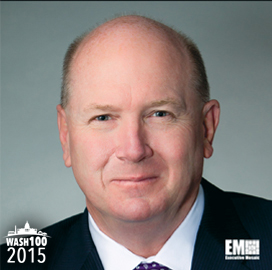 Executive Mosaic is excited to announce Ken Asbury, president and CEO of CACI International, as the newest member of the Wash100 — a group of influential leaders in the government contracting industry.

Asbury has led CACI as chief executive for nearly two-and-a-half years, a tenure that has seen the company make an $820 million acquisition of cybersecuurity and C4ISR contractor Six3 Systems and other moves to grow in the GovCon market.

In 2014, CACI won a position on a $7.2 billion contract program to support the U.S. Army‘s intelligence, security and information operations.

That win will extend the company’s four decades of support to NAVSEA, Asbury said at the time.

Asbury led ASRC Federal as president and CEO before he joined CACI and held a long career at Lockheed Martin prior to ASRC Federal.

Executive Mosaic would like to congratulate Ken Asbury and the CACI team for receiving this award.