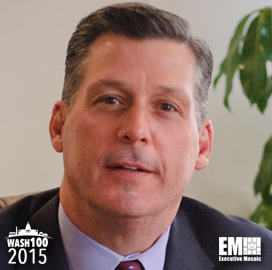 Executive Mosaic is honored to introduce Mac Curtis, Vencore president and CEO, as the newest inductee into the Wash100 — a group of influential leaders in the government contracting industry.

Last year, he led the company formerly known as The SI Organization through its rebrand into Vencore after the acquisition of QinetiQ North America‘s services and solutions group for at least $165 million.

He has 25 years of experience in federal government contracting, business development, strategic planning and management work and was selected to FCW’s Fed 100 in 2011.

Curtis is a former president and CEO of Vangent and led Pearson‘s government solutions business before its rebrand to Vangent in 2007, when Veritas Capital purchased the company.

Veritas later sold Vangent to General Dynamics in 2011 for $960 million.

He has also served as senior vice president of DynCorp International‘s information and enterprise technology group and is a former chairman of the Professional Services Council.

Executive Mosaic congratulates to Mac Curtis the Vencore team for their receipt of this award.