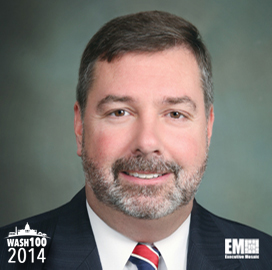 VP of Strategy, Operations and Technology Executive Mosaic is honored to announce Chris Smith, vice president of technology for AT&T Government Solutions, as the newest inductee into the Wash 100, the premier group of leaders who create value and execute strategic vision at the intersection of the public and private sectors.

Two days after retiring as chief information officer for the U.S. Department of Agriculture in March 2012, Smith joined Accenture Federal Services as federal chief technology and innovation officer, where he developed Accenture’s federal technology agenda in areas including cloud computing and big data.

The 25-year Air Force and Air National Guard communications officer had led the Ag department’s transition to cloud computing and data consolidation efforts after joining the department in 2007 and also served as co-chair of the Federal CIO Council’s best practices committee.

After joining the private sector, Smith noted that agencies were working to become more responsive and better prepared to meet changing customer expectations by implementing cloud computing in their IT strategies.

More recently in November 2013, Smith joined Kay Kapoor’s team at AT&T Government Solutions as vice president of technology, where Kapoor noted “he is going to be an important engine of innovation for AT&T in the federal sector.”

At AT&T, Smith will oversee a team of 175 technologists that develop products and services for federal customers.

“One of the most important steps an agency can take to increase the rate of cloud adoption and more rapidly achieve increased productivity, agility, and cost savings is to develop a robust cloud strategy,” Smith added to GovCon Exec.

Executive Mosaic extends its congratulations to Smith and the rest of the AT&T Governement Solutions organization.