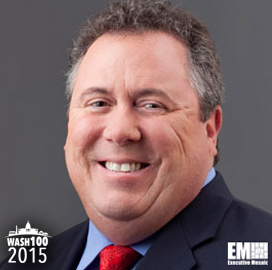 Executive Mosaic is honored to unveil Doug Wagoner, a sector president at Science Applications International Corp., as the newest inductee into the Wash100 — a group of influential leaders in the government contracting arena.

Wagoner was appointed sector president in 2013 and is in charge of technology development, thought leadership and employee deployment initiatives for network integration, logistics, mission systems engineering and training and simulation programs.

He worked on the design, planning and execution of SAIC’s separation into two independent companies in 2013 as head of the project management office for Project Gemini, where the company credits him with work to identify $400 million in cost reductions.

“SAIC’s approach takes the full data lifecycle into consideration to facilitate cyber resilience, mitigate risks, and anticipate the next threat,” he said.

Executive Mosaic congratulates Doug Wagoner and the SAIC team for their selection to receive this award.