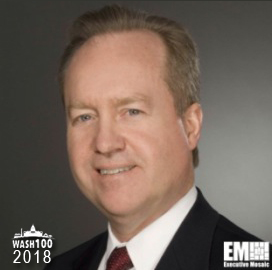 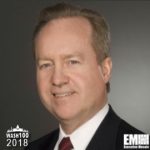 Executive Mosaic is honored to introduce Thomas Kennedy, Chairman and CEO of Raytheon, as an inductee into the 2018 edition of the Wash100 — Executive Mosaic’s annual selection of influential leaders in the government contracting arena — for his leadership in enhancing cybersecurity awareness and establishing strategic cyber partners.

Kennedy was appointed to lead the Waltham, Mass.-based defense contractor in March 2014 after serving as executive vice president and chief operating officer. He joined Raytheon in 1983 and has held various roles at the company.

At an Aerospace Industry Association event last year, Kennedy said that the Defense Department and the private sector should work together to address cyber vulnerabilities in military systems and to develop future cybersecurity professionals.

“Cybersecurity is becoming more and more of an important issue,” said Kennedy, who is also vice chairman of the AIA. “It’s a matter of national security and the safety of our infrastructure and our warfighters [is at stake].”

In May 2017, Raytheon entered into an agreement with the state-owned Saudi Arabia Military Industries Company to partner on defense projects and technology development initiatives. The agreement also involves the establishment of the Raytheon Arabia business unit that will produce indigenous defense, aerospace and security platforms.

Raytheon announced second-quarter earnings of $6.28 billion in July 2017, which Kennedy credited to the Trump administration’s efforts to bolster international opportunities for the U.S. defense industry. The focus on readiness, he suggests, has a strong potential to drive growth for the company.

“We have an administration now that is significantly supporting international work for the domestic U.S. industry and that has opened several doors for us,” said Kennedy. “[Readiness] puts a significant demand signal on our missile systems, our sensors and precision munitions across the board.”

During his time at the helm, Kennedy has greatly expanded Raytheon’s cyber portfolio. In April 2017, the U.S. Air Force Material Command awarded Raytheon a $375 million, six-year contract to modernize and update its space weapons software in order to improve air and space command and control operations. Last November, Raytheon partnered with MetTel in a $50 billion, 15-year contract to protect government and commercial networks against expanding cybersecurity threats, like those that attack IoT devices. The company also joined with Pivotal in December to accelerate software development and cloud migration for the DoD, and recently created a cyber virtual classroom in support of the Persistent Cyber Training Environment initiative.