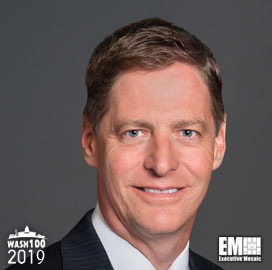 Executive Mosaic is honored to announce Lou Von Thaer, president and chief executive officer of Battelle, as an inductee into the 2019 edition of Wash100 “” Executive Mosaic“™s annual selection of the most influential voices in the government contracting arena “” for his leadership and efforts advancing biosecurity and other technology for Battelle. This marks Von Thaer’s fourth Wash100 award in five years.

In response, Von Thaer said he was honored to lead Battelle and believed the company “has such a strong reputation for solving the toughest challenges of today and delivering world-class results for clients and I cannot wait to join this fantastic team.“

In an interview with ExecutiveBiz, he cited Battelle“™s independence, history of innovation and research integrity as the nonprofit company“™s greatest strengths. He also discussed some of the areas in the federal marketplace where he expects the company to contribute.

“When I look at how we apply that deep understanding of science at the subatomic and chemical levels to the new capabilities and threats that are coming to the world, that is where I expect we can make our biggest contribution in the future,“ he said.

“In the areas of DNA manipulation, food safety, biosecurity, and working to accelerate drug regulatory approvals through science and study of work that has been done in the past to develop new paradigms. Those places are the tip of the iceberg today for the nation and industry.“

Aside from biosecurity, Von Thaer cited the NeuroLife neural bypass technology as another capability he finds to be the most interesting.

Prior to his time with Battelle, Von Thaer served as the chief executive of DynCorp International for two years. He started his technology career at AT&T Bell Laboratories and held senior leadership roles at General Dynamics and Leidos. The four-time Wash100 awardee is a member of the Defense Science Board and a trustee of the Kansas State University Foundation.