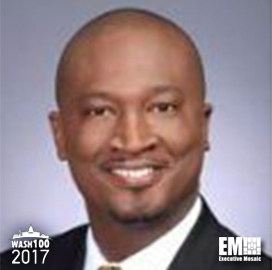 Executive Mosaic is honored to announce Vern Saunders, vice president and general manager of federal network systems at Jacobs Technology, as an inductee into the 2017 edition of the Wash100 — Executive Mosaic’s annual selection of the most influential voices in the government contracting arena.

Saunders has more than 20 years of experience in information technology and business and is a certified Project Management Professional.

He served in the U.S. Air Force for more than six years and worked at Verizon‘s federal network systems segment for 14 years before Jacobs acquired that business in 2014.

Jacobs Technology landed a contract with NASA in 2012 to provide ground systems management, flight hardware processing and launch operations support for programs such as the Space Launch System, Orion, International Space Station and the Launch Services Program at the Kennedy Space Center.

The company secured a two-year extension on the test and operations support contract in August 2016.

Jacobs personnel at the facility are working to adapt to changing requirements as KSC transitions into a multi-user spaceport and TPSF prepares to support commercial spacecraft with various designs for potential missions to low Earth orbit, Mars and beyond.

Executive Mosaic congratulates Vern Saunders and the Jacobs team for their selection to receive this award.