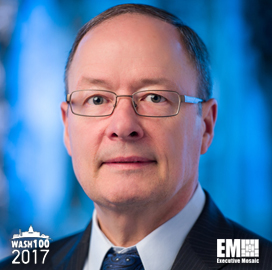 Executive Mosaic is honored to introduce Keith Alexander, CEO and president at IronNet Cybersecurity, as an inductee into the 2017 edition of the Wash100 — our annual selection of influential leaders in the government contracting arena.

Alexander served as director of the National Security Agency and head of the U.S. Cyber Command before he founded IronNet in 2014.

IronNet raised $32.5 million during a Series A funding round led by Trident Capital Cybersecurity in November 2015.

“Criminal syndicates and nation states are inflicting tremendous harm on the private sector, costing hundreds of billions of dollars annually,” Alexander said at the time.

“The value of theft of intellectual property from American industry represents the single greatest transfer of wealth in history and the probability of significantly disruptive and destructive attacks is rapidly increasing,” he told Benchmark Executive Search President Jeremy King as part of an interview published in January 2016.

Executive Mosaic congratulates Keith Alexander and the IronNet team for their selection to receive this award.