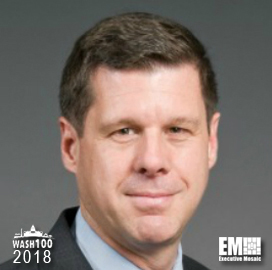 Executive Mosaic is honored to introduce Sam Gordy, general manager of U.S. federal and government industries at IBM, as an inductee into the 2018 edition of the Wash100 — Executive Mosaic’s annual selection of influential leaders in the government contracting arena — for his leadership in pioneering innovative technologies.

In a July 2017 interview, Gordy discussed how the company’s Watson artificial intelligence platform worked to help the U.S. Army predict mechanical issues in its fleet of Stryker vehicles as part of a pilot program that started in mid-2016.

He told FCW that Watson supercomputer has helped the service develop a counterpart of a “personalized medicine” program for each armored vehicle during the field test.

Gordy also said in an April 2017 interview that the federal government should consider advanced analytics, cognitive intelligence and other AI components to streamline real-time data analysis.

“Cognitive intelligence and advanced analytics have the ability to mine unstructured data,” he said. “The goal of machine learning and A.I., from our perspective, is to help the human work better and more efficiently.”

In January of last year, the Army awarded IBM a potential five-year, $62 million task order to build and run an on-premise private cloud platform and provide infrastructure-as-a-service support for the Alabama-based Redstone Arsenal facility as part of the Army Private Cloud Enterprise program.

“Clients today are increasingly looking at the cloud as a pathway to innovation,” Gordy said.

He added the company’s cloud platform will work to help the service eliminate and mitigate security issues associated with “multiple ingress and egress points.”

Gordy wrote in a blog post that he was honored with the award and that the company plans to hire an additional 2,000 veterans over the next four years.

“Each year about 250,000 enlisted U.S. military service members end their service, according to the U.S. Department of Defense,” he writes. “As a U.S. Navy veteran myself, I’m honored that IBM has received this award, and humbled that some of these fine men and women have chosen to join us at IBM.”

Gordy joined IBM in 2016 from Leidos, where he served as integrated systems group president. The two-time Wash100 inductee is a former U.S. Navy officer who held a more than two-decade career at Leidos’ predecessor company Science Applications International Corp.

Executive Mosaic congratulates Sam Gordy and the IBM team for their selection to receive this award.