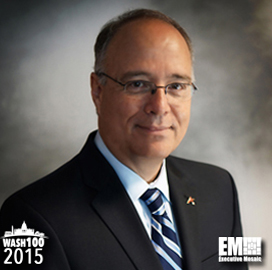 Executive Mosaic is glad to announce Peter Smith, president and CEO of American Systems, as the newest inductee into the Wash100 — a group of influential leaders in the government contracting industry.

Smith joined the company in 1980 and elevated to the chief executive role in the summer of 2014 after the retirement of Bill Hoover.

Also in 2014, American Systems received the “Contractor of the Year” honor for companies with annual revenues of more than $300 million at the 2014 Greater Washington Government Contractor Awards.

Smith told the Washington Business Journal earlier this year that the company, which operates on an employee stock ownership plan, is open to going public in the future but does not currently have plans to do so.

“[We’ve] never gotten to a place where it is in the best interest of the shareholder to go public, not to say it wouldn’t happen or couldn’t,” he said.

He also has said plans to explore investment and acquisition opportunities once the company appoints a new chief financial officer to succeed the retiring Mark Danisewicz.

Executive Mosaic extends its congratulations to Peter Smith and the American Systems team for their receipt of this award.