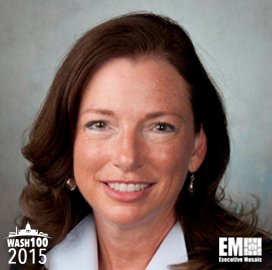 Executive Mosaic is glad to announce Barbara Humpton, senior vice president and chief operating officer of Siemens‘ federal business organization, as the newest inductee into the Wash100 — a group of influential leaders in the government contracting industry.

Humpton was promoted to the COO post in late 2014 from her previous role of SVP for business development at Siemens Government Technologies.

In conjunction with a 2014 Siemens-Government Business Council poll on federal energy-consumption targets, Humpton highlighted the role she sees for smart technologies in federal agencies to collect energy performance data.

“Access to better data and the ability to integrate that data into this new infrastructure and technology will be essential for federal agencies to build on their progress and meet their energy efficiency and energy security missions,” Humpton said.

She also worked with government agencies while she was an executive at Booz Allen Hamilton and Lockheed Martin.

Executive Mosaic offers its congratulations to Barbara Humpton and the Siemens Government Technologies team for their selection to receive this award.